I spend more time that I should reading about personal development (which is not to be in any way confused with self help neither is it a cry for help!) and a recurring theme I come across is the “compound effect” - the idea that the accretion of tiny improvements, repeated frequently, over time will lead to massive, exponential, life-changing improvements in the future. I think otherwise decent authors are making a mistake in attempting to bring mathemetical credence and certainty to their ideas, and overstating the benefits.

There are two levels of error - the blatantly obvious dressing up of a linear progression as a non-linear phenomenon (as we’ll see below in the book of the name ‘Compound Effect’ by Darren Hardy) and the marginally less blatant ignoring of the obvious mathemetical absurdity - and the law of diminishing returns - (as we’ll see from the otherwise excellent ‘Atomic Habits’ by James Clear).

You’d have thought that someone would have spotted such an obvious misconception given it’s THE CENTRAL THESIS AND TITLE OF THE BOOK before it was published. But no.

His canonical example is of two hypothetical friends, one of which cuts 125kcals from their diet every day. I’m going to ignore the absurdity of the suggestion from a physical perspective (see Calories In Calories Out).

Here’s the graph from the book (obviously included without permission :-)).

Really? Really!? All of a sudden, having been chipping away for two years, your body catches up on the gig and pounds of fat melt away as if by magic. Or suddenly pile on if you’ve very slightly miscalibrated in the other direction. Wouldn’t that be absolutely terrifying? This is layering obvious absurdity on top of an obvious absurdity.

James Clear is an excellent writer, and I fully recommend his recent book Atomic Habits. However, he’s at it as well.

Here’s a graph from the book. 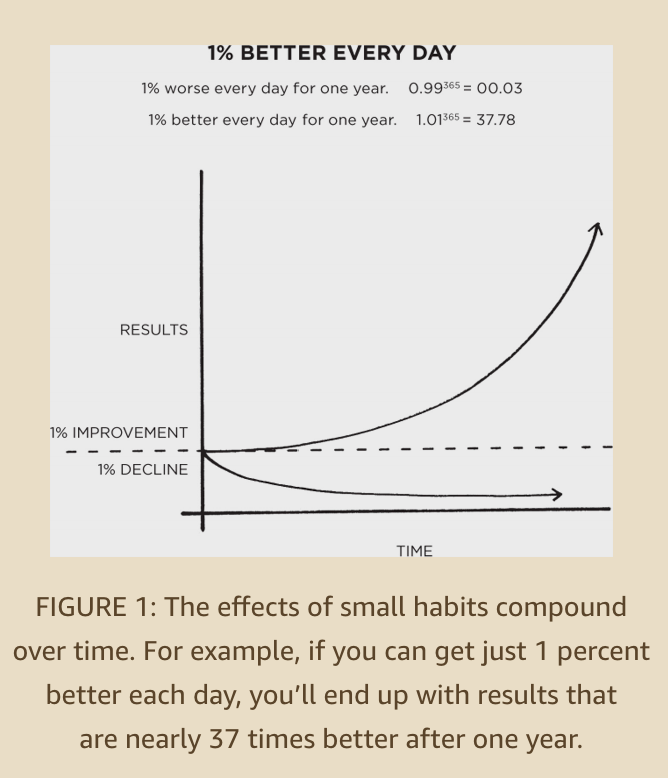 Just one percent better every day - sounds perfectly reasonable and do-able right? And, lo!, a 38-fold improvement in just one year. Amazing. Where do I sign up?

In fact, why stop after one measly year? Making this tiny little improvement, compounding away for 5 years and I’ll be… hold on… a mere 77 million times better than before. Take that Gretchen Rubin! 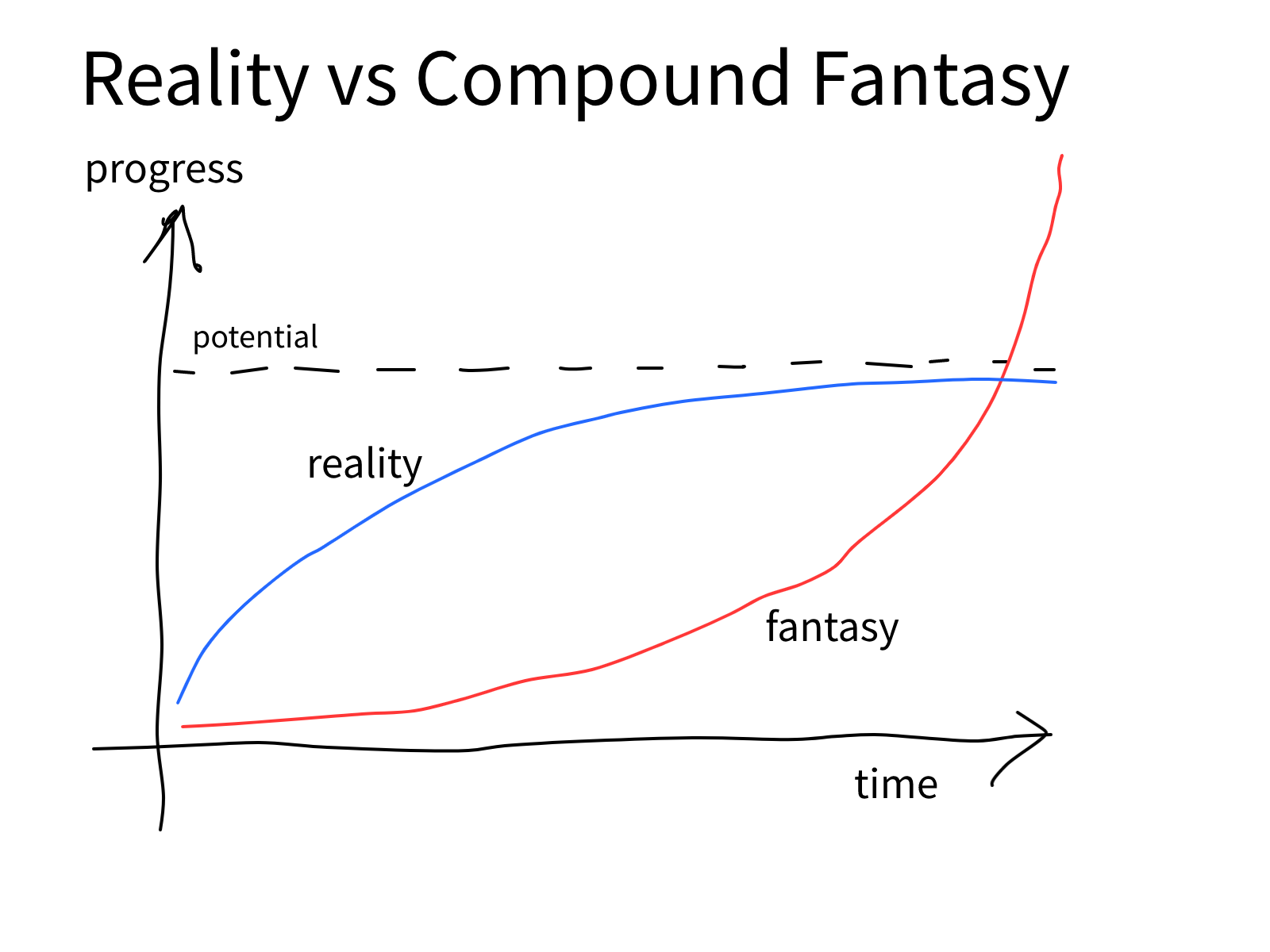 And yes, my graphs are always to scale.

Let’s take my measly bench press, say of 60kg (for reps though obvs!). So, in fantasy-world I’ll just (just!) improve 1% a day. In one year I’ll be benching 2,280kg. What has everyone else been doing - the world record is only 490kg or so. Wait until you see what I can do after a decade providing sufficient matter can be assembled from a single universe.

Or, perhaps more likely, I make some relatively rapid, decent early progress and as I get closer to my genetic potential the gains will level off, and progress gets harder and harder to achieve.

… progress is either linear or bounded by constraints.

Which is not to say that I disagree with the fundamental message, only the shabby theorising that’s used to market the idea.

To a large extent

That’s exciting enough for me.